YES You heard it correctly! The latest celebrity husband and wife couple of only 72 days are divorcing- as confirmed by executive producer of the Kardashian’s show Ryan Seacrest.

The right hand man to the kardashian clan tweeted… “Yes @kimkardashian is filing for divorce this morning. I touched base with her, getting a statement in just a few mins” 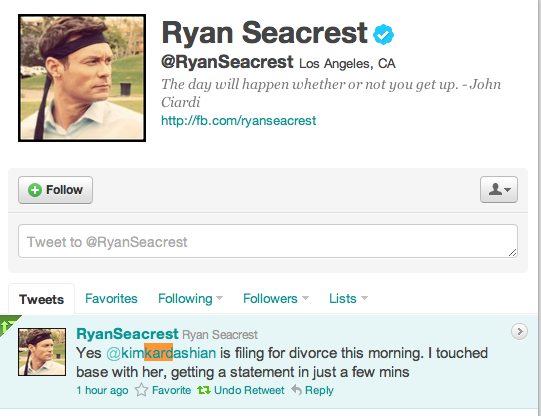 Kim Kardashian, 31, tied the knot to the 26 year old NBA star Kris on August 20th 2011 at an expensive and incredibly lavish ceremony in Montecito, California.

The couple milked the ceremony for every penny which generated quite a lot at an estimated 18million dollars from the wedding that was watched by millions around the world.

The divorce report is yet to come out but we are expecting it to have “irreconcilable differences” statement that most celebrity failed marriages have. Calculating the 18million over the space of the 72 days is about $250,000 a day each for every day they were married- not a bad deal really! 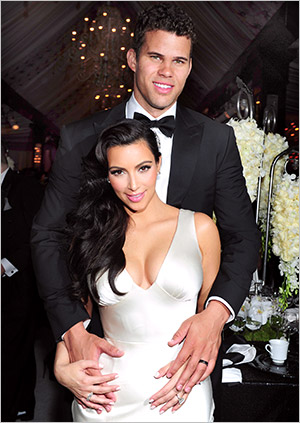 Going into the marriage -no expense was spared similarly closing the marriage none will be either- Kim has a top celebrity divorce lawyer Laura Wasser representing her- whom also dealt with Britney Spears, Maria Shriver and Angelina Jolie in the past.

A friend close to the couple suggested two weeks ago ‘I don’t know when they’ll announce the split or why they got married in the first place but they are done.’’They are divorcing. Kim has been staying in a New York hotel which Kris has failed to visit.’

The couple have been spotted around Miami and New york- going their sepearate ways- Humpries had been spotted flirting with many women and acting as if he were single again even before the news broke!

Kim did sign a prenup prior to the wedding so her assets are safe- including the additional 18million they both made from the magazine deals, tv coverage and endorsements-

It sounds to me like a huge fake wedding anyway! 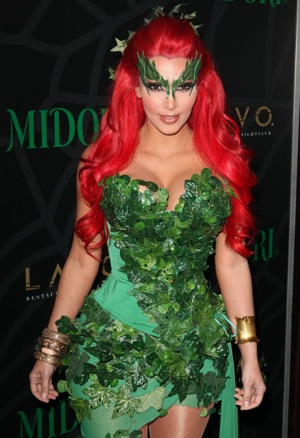 Over the weekend Kim attended a Halloween party in New York – but did not bring Kris along- Now we know why!

Wedding Decor Trends 2015 | We look to 2015 predictions for wedding decor and how we will be decorating the weddings. Including Chandeliers

Torrey smith and Chanel williams get engaged and announce it to the world with this fun football themed photoshoot.

Brandy gets engaged to Ryan Press

Brandy gets engaged to long term boyfriend Ryan Press and shows off her gorgeous engagement ring whilst on holiday in Hawaii over Christmas.

Kelly Clarkson gets engaged to long term boyfriend and tweets her yellow canary engagement ring. Congratulations to both of them.