Pippa Middleton All eyes on her at the Royal Wedding

Pippa Middleton All eyes on her at the Royal Wedding

Pippa Middleton the gorgeous socialite sister of the newly Kate Middleton Duchess of Cambridge has made headlines today due to her perfect figure hugging dress and pert derrière!

The maid of honour, 27, climbed into the car with her fellow maids from the Goring hotel on the way over to the Abbey, this being the first time the cameras got a chance to see her fabulous dress and form. This gave us a clue as to what Kate would be wearing and speculation grew. The dress designed by Sarah Burton of Alexander McQueen was well received by the crowds, and global media. 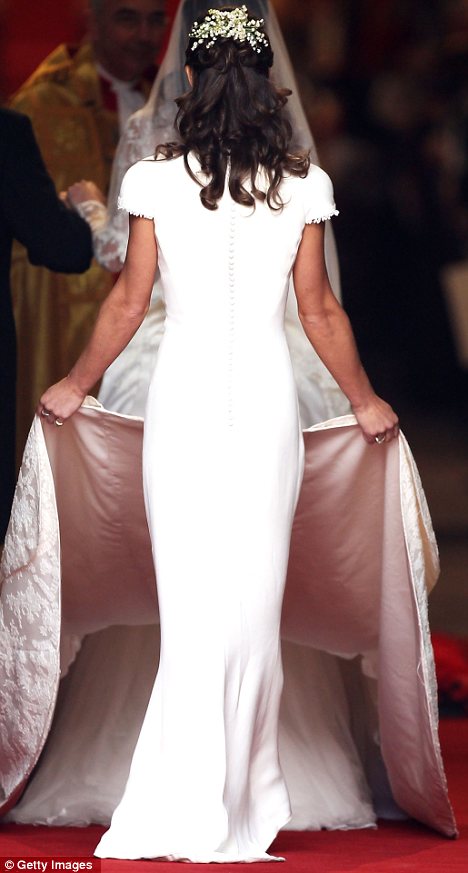 The dress had created such an impact that it had been trending on Twitter for several hours throughout the day and now has it’s own facebook like page. One of her new fans tweeted “the most beautiful person I’ve ever seen in my life”. 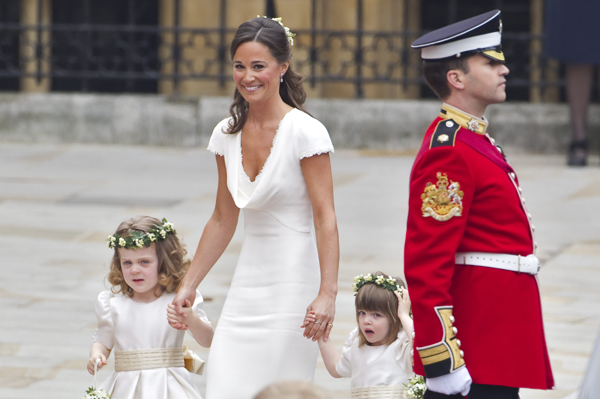 The dress was very simple, clean lines, understated, with the same neckline as Kate’s and amazingly figure hugging.

Some comments online have stated Pipper may have upstaged the bride, but we don’t think it was the case- they both had unique and independent styles for the wedding and both brought something different to the table- stunning and fabulous! 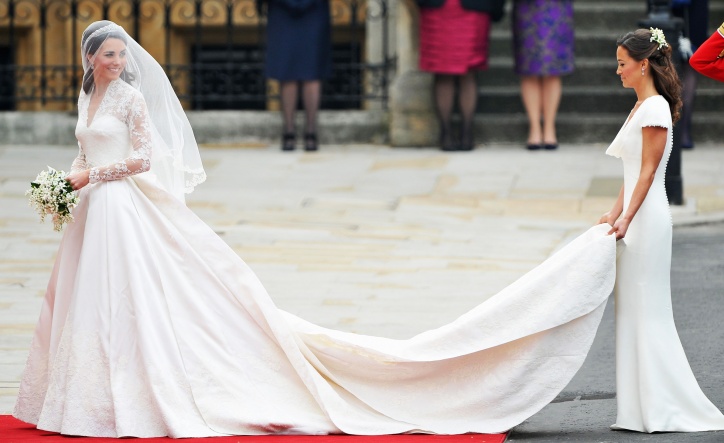