The princess is finally pregnant and the new royal fmaily member is in the process of being developed and created in the royal stomach!

Kate Middleton is at last pregant.

Her duties and event visits have also been pushed back and cancelled as she recovers in hospital for accute morning sickness, which was also another report out later today.

Twitter and the online media markets went crazy at the news with lots of well wishers cheering and praising the couple..Watch this space for more.. My guess is that it will be a boy. What do you think? 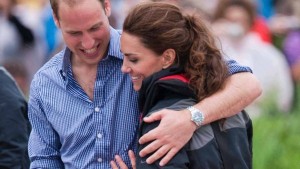 Wedding Decor Trends 2015 | We look to 2015 predictions for wedding decor and how we will be decorating the weddings. Including Chandeliers

Torrey smith and Chanel williams get engaged and announce it to the world with this fun football themed photoshoot.

Brandy gets engaged to Ryan Press

Brandy gets engaged to long term boyfriend Ryan Press and shows off her gorgeous engagement ring whilst on holiday in Hawaii over Christmas.